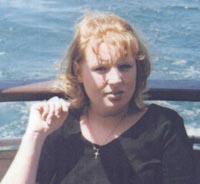 Baltimore County police have completed numerous interviews and a thorough study of the evidence and have concluded that the disappearance of Michelle Rust was the result of foul play.

Rust disappeared on the morning of July 20, 2002 as she was making preparations for her three-year-old son’s birthday party. It was first believed that she disappeared while going to the store to buy supplies for that party. However, interviews with various witnesses have determined that no one saw Mrs. Rust actually leave her house on Clark Boulevard in Arbutus, and no one ever saw her behind the wheel of her vehicle, a green 1998 Dodge Caravan. The van was found on Clyde Avenue in Lansdowne soon after her disappearance.

Investigators have also found that there has been no activity on any of the missing woman’s financial accounts. No money has been taken, for example, from ATMs, and no checks have been written on her account. In addition, her credit cards have not been used – or found – and there has been no trace of her personal property, such as the clothes and jewelry she was wearing that day.

All credible leads have been investigated with no results, and a $12,000 reward has not generated any meaningful leads. This indicates to detectives that no one has had any encounters with the missing woman.

As in any investigation, detectives have attempted to rule out suspects by determining individuals’ whereabouts and activities on the day of the disappearance. So far investigators have been able to rule out only her mother and father as suspects.

Finally, family members say that Michelle Rust loved her three-year-old son, and would not have disappeared on her own, leaving the child behind. She is also a diabetic and dependent on insulin. This adds more weight to the conclusion that she has been the victim of foul play. 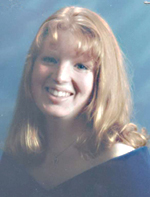 Michelle Rust was 24 years old at the time of her disappearance. She is described as a white female, 5'4" tall, 140 pounds, with red hair and blue eyes, and she had a permanent retainer on her lower teeth. At the time, she had a cut on the ball of her right foot. She was wearing a black V-neck shirt, a princess cut sapphire ring, a diamond engagement ring and a white gold cross necklace with diamonds. Her maiden name is Lins.

Anyone with information regarding this case may be eligible for a cash reward of up to $12,000.