On December 10, 1966, Mary Kathryn Greene left her home at approximately 6:30 p.m. to go to the store. She left her four children in the company of her father with whom she lived at 3701 Old North Point, Trailer 14, in Dundalk, Maryland 21222. Mrs. Greene never returned home and has never been seen or heard from again. 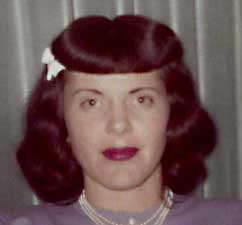 Mary Kathryn Greene was driving her 1957 blue and white Ford station wagon bearing Maryland registration EX-7023. The vehicle has never been recovered. She was in the process of finalizing her divorce from her husband and foul play is suspected in her disappearance.

At the time of her disappearance, she was described as a white female, 34 years old, 5'8" tall, 126 pounds, with brown/reddish hair, hazel eyes, a fair complexion and a slender build. She was last seen wearing a blue or green waist-length lumber jacket with zipper and two breast pockets, and low heeled shoes. She was carrying a two-toned brown pocketbook.