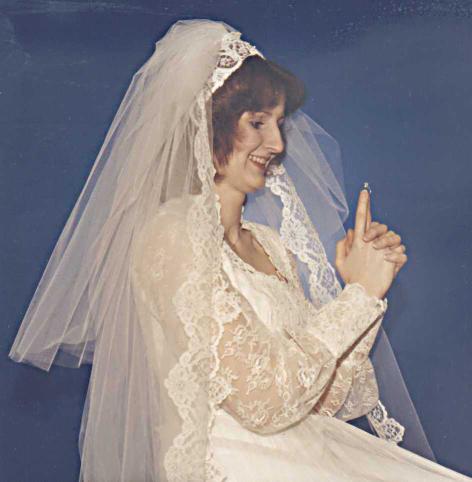 In the evening of April 15, 1986, 24-year-old Janice Lynn Potter arrived home from work and ate dinner in her home on Talister Court, 21237. Janice was two months pregnant at the time and went to the basement after dinner to watch television in the family room. Her husband opened the sliding glass door slightly just before he left for school in College Park at 6 p.m. that night because the wood burning stove in the basement was putting out too much heat.

Mr. Potter came home at 10 p.m. to a horrific sight—Janice had been brutally murdered.

Investigators believe that sometime between 6 and 10 p.m., the suspect entered the home through the open sliding glass door and stabbed Janice Potter repeatedly.

In the weeks before her death, Janice Potter had been receiving annoying telephone calls and investigators believe that the person responsible for those calls may be the same person who killed her.

Investigators believe that a neighbor who resided on Talister Court in 1986 may hold the key to solving this crime.

Multiple items were taken from the home, including: