View the latest news on crime in your area below, or read the local blotter for the Cockeysville Precinct

Police Community Relations Councils (PCRC) provide an open forum where citizens, community leaders and representatives of the local business community may bring attention to problems within their neighborhood. 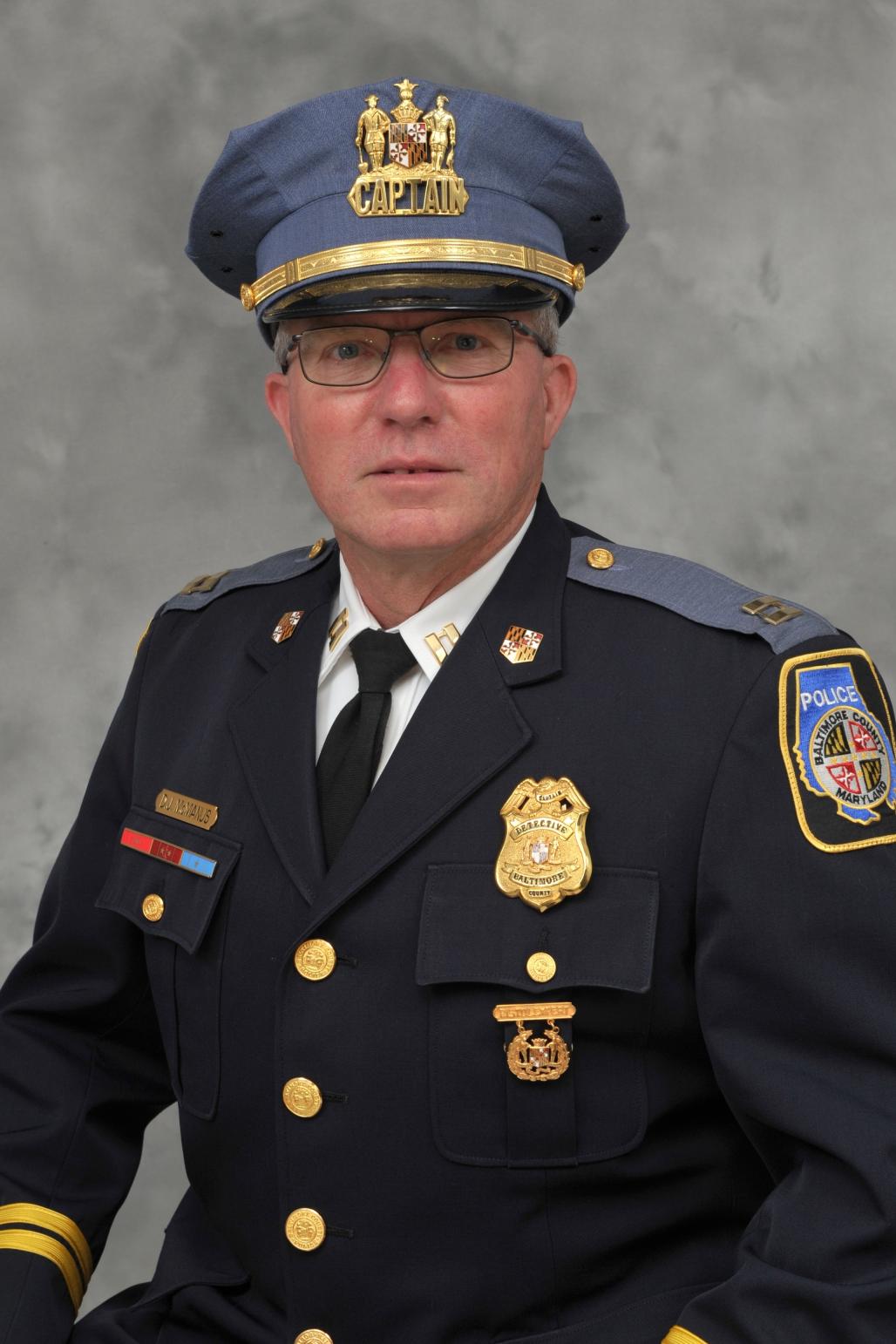 Captain Douglas McManus is a 36-year veteran of law enforcement. He was born and raised in California, where he began his law enforcement career with the Los Angeles County Sheriff’s Department and later the City of Cypress Police Department in Orange County. Captain McManus has been a member of the Baltimore County Police Department for the past 27 years, starting his career with BCoPD at the Woodlawn Precinct as a patrol officer. Upon completion of his two year probation, he transferred to the Criminal Investigations Bureau (CIB), Robbery Unit.